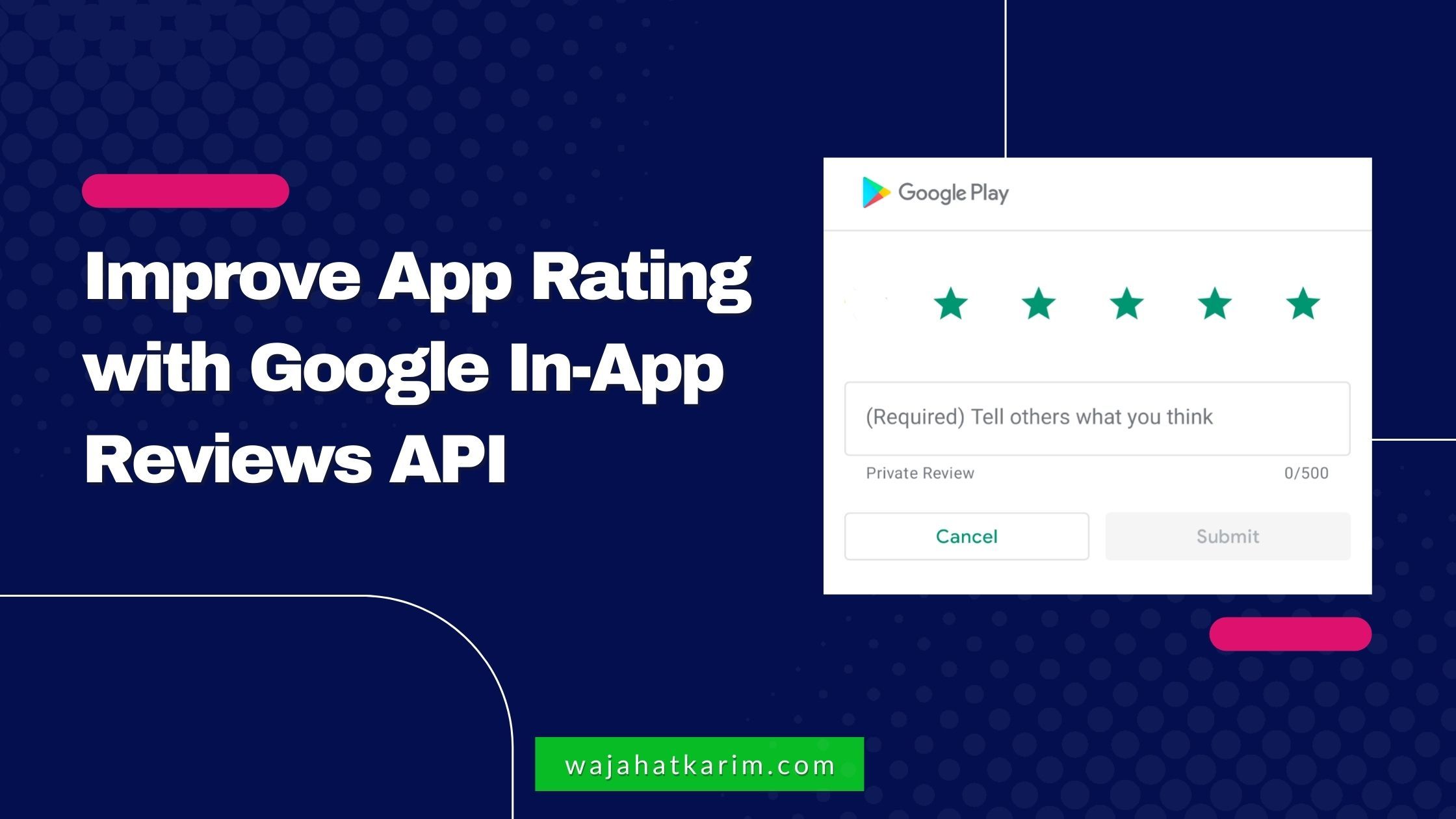 When app developers publish apps on stores like Google Play or App Store etc., their apps are given reviews by users. These reviews are an important part that lets the developer know how much the users are enjoying their app. But users often don’t submit reviews of apps on Google Play due to either laziness to go to store or lack of awareness of how to review app. To help with this pain of users giving feedback from Play store, Google has developed an In-App Review API for letting users give their feedback directly within the app.

Cool, isn’t it? Let’s dig into it and see how you can integrate in your apps.

It should be noted here that In-App Review API only works on devices which have Android 5.0 (API level 21) or later and have Google Play Store installed. So, devices with custom Android OS or Huwaie phones will not support this API.

First you have to import the Play Core Library into your Android project as a Gradle dependency:

Once the Play Core is added in your project, we will create the instance of ReviewManager using ReviewManagerFactory. The ReviewManager provides us the flow we need for showing the Google Play In-App review dislog inside the app.

Google has provided some guidelines about when the app can ask for the review. So, to see if the app is eligible to show the In-App review dialog, you first need to request the review by calling requestReviewFlow(). This method communicates with the Google Play Store remotely and will give you an object of ReviewInfo to tell if the app can show the dialog or not. But remember that your app can’t access this information. It even will not know if the dialog was shown or user rated it or not. This is a designed behavior to make sure that there’s no misuse of the API to manipulate users to give app ratings.

Now keeping the reference of the ReviewInfo object, we can start and maybe show the review dialog to the user.

One important thing to note here is that when flow is finished, the API does not indicate whether the user reviewed the app or not, or even whether the review dialog was shown. Thus, no matter the result, you need to continue your app flow as normal. If an error occurs during the in-app review flow, do not inform the user or change your app’s normal user flow. Continue your app’s normal user flow after onComplete is called.

Here’s the final code to request an In-App review dialog as discussed above:

I hope you understood the concept of how Google In-App Review API and dialog works. I would love to hear your feedback, so leave a comment below and share with others!

At the end, please Subscribe to my newsletter DroidUp to learn learn about the latest things, tips, and skills in Android development manually handcrafted and curated by Wajahat Karim. 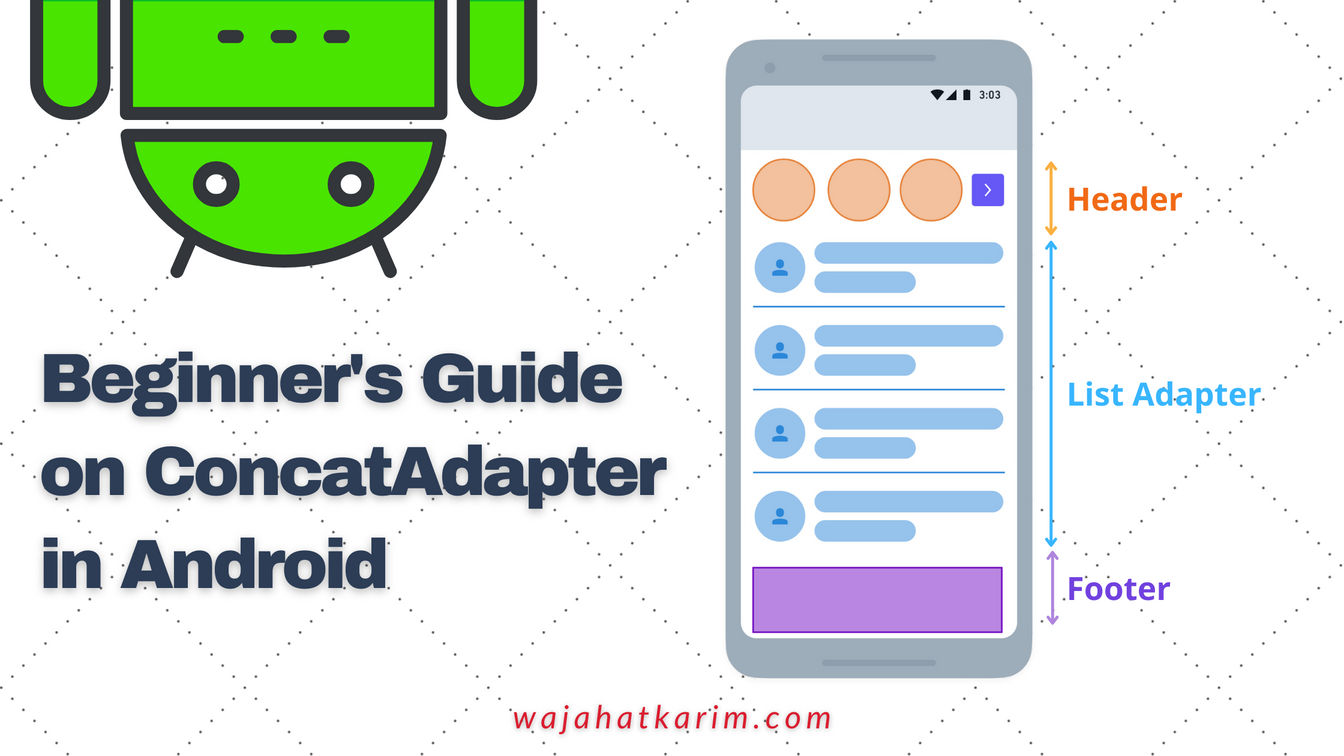 Instead of making a number of RecyclerViews for each adapter in our app, a class named as ConcatAdapter is introduced in recyclerview:1. 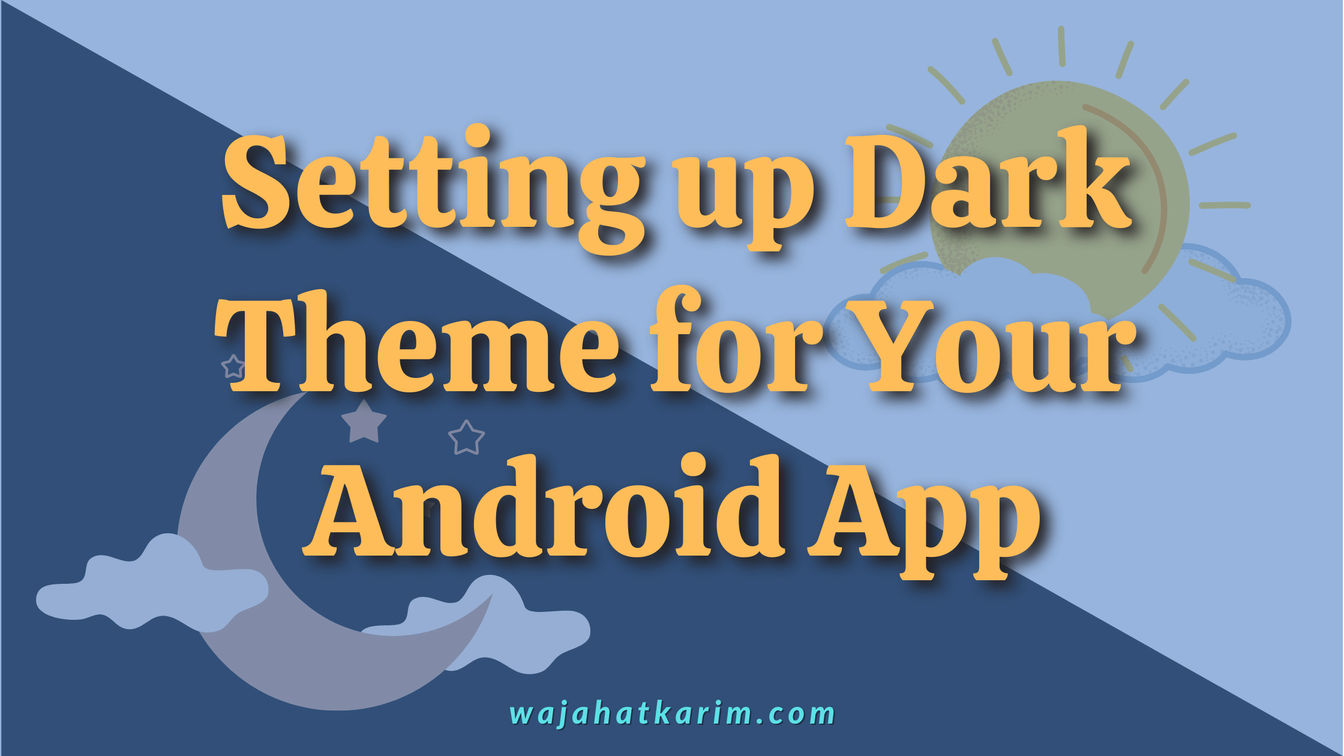 Google have introduced native support of system-wide dark themes in Android 10. And with it rolling out in more and more devices every month, the need ...