Baby World is a cute and funny game about the perils of parenting. Combining simulation with role-playing, the game takes players on a fun journey of parenting a cute little baby who is being watched over by some bratty, decidedly bored “higher powers”.

The game was developed by White Rabbit Studios and was published by one of a big chinese game publisher called as 6waves. With 3.5 Million users, 350k MAU and 500k facebook fans, it was the largest social media game from a south asian studio in 2013. Created by a tiny team of 5 and grown with $0 advertising spend. I was working as Flash Developer and working on this game. 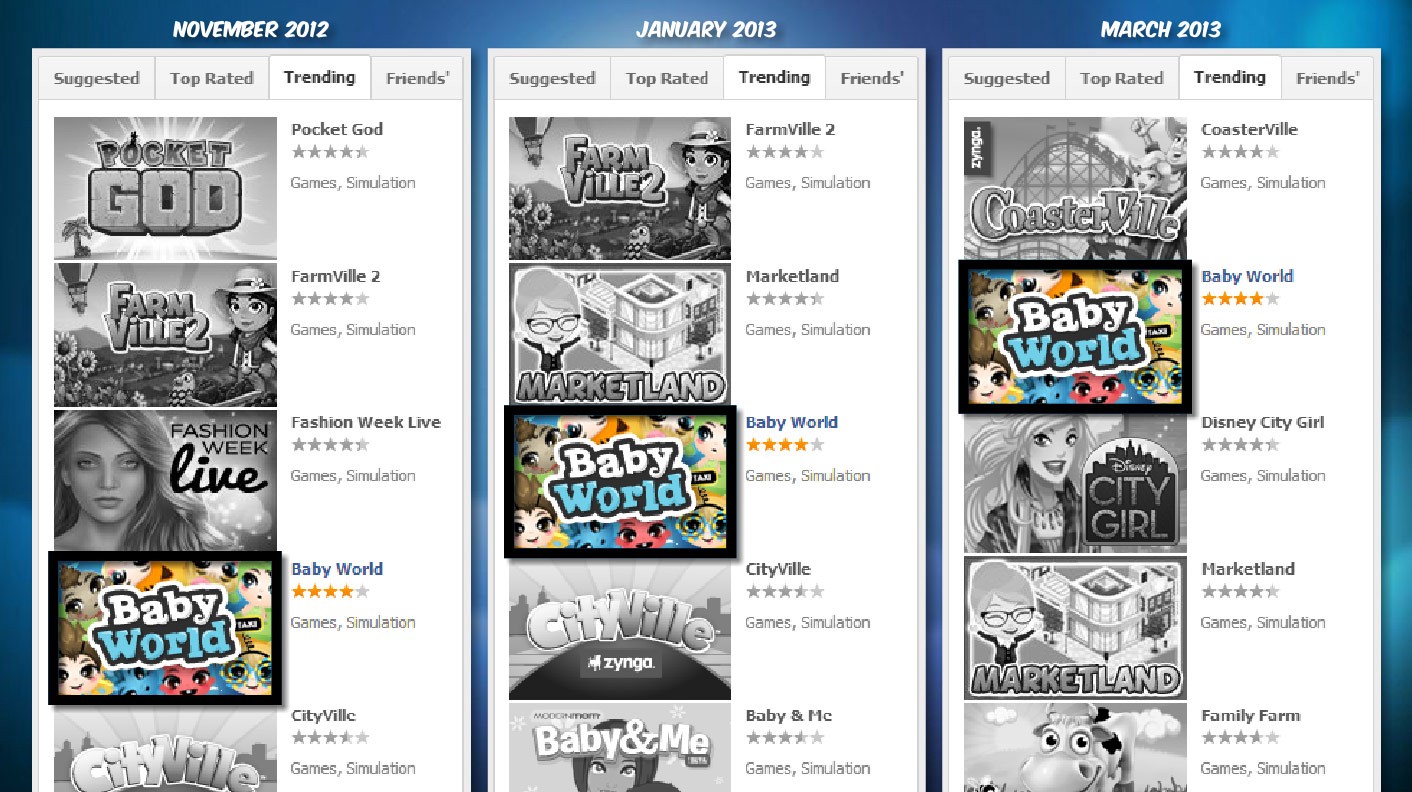 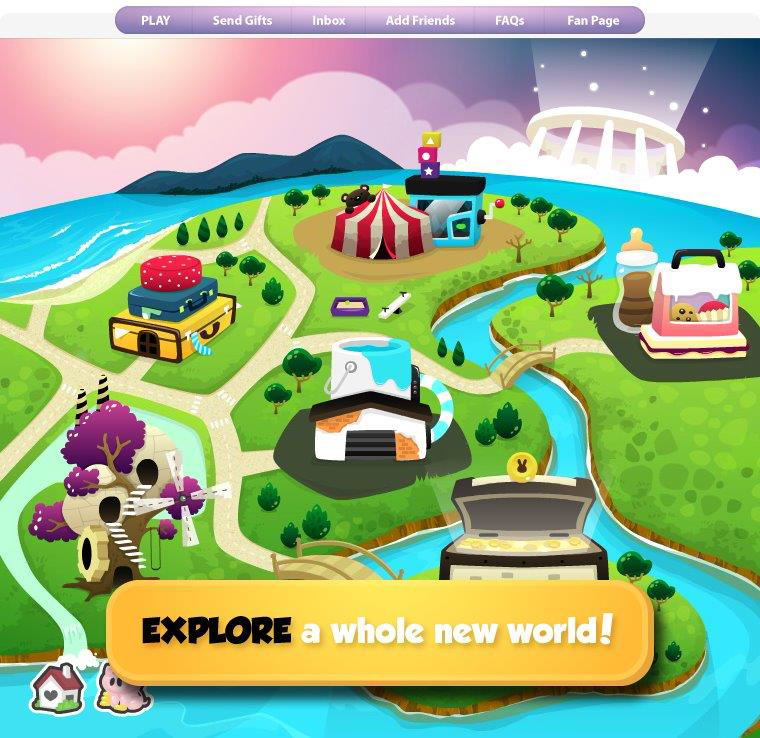 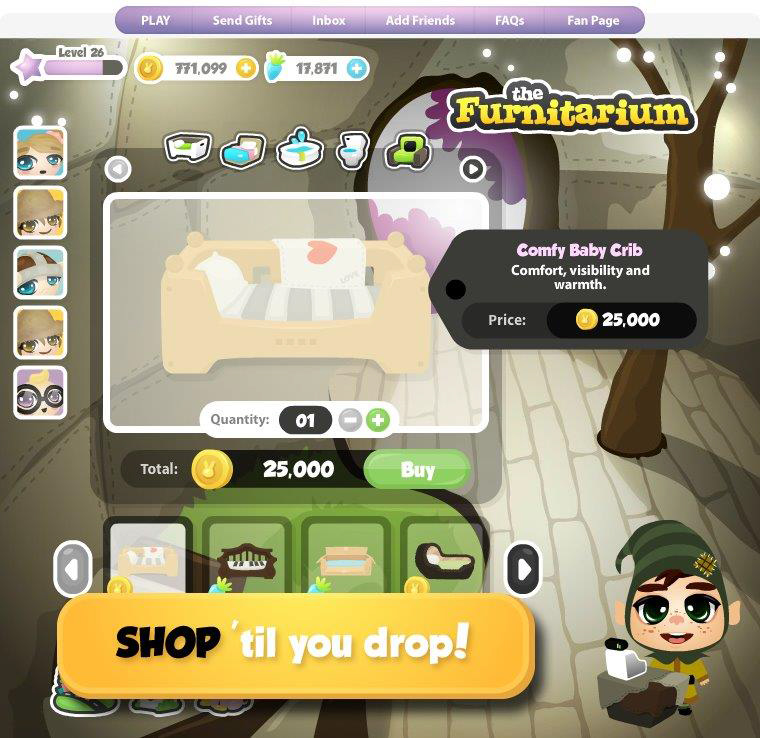 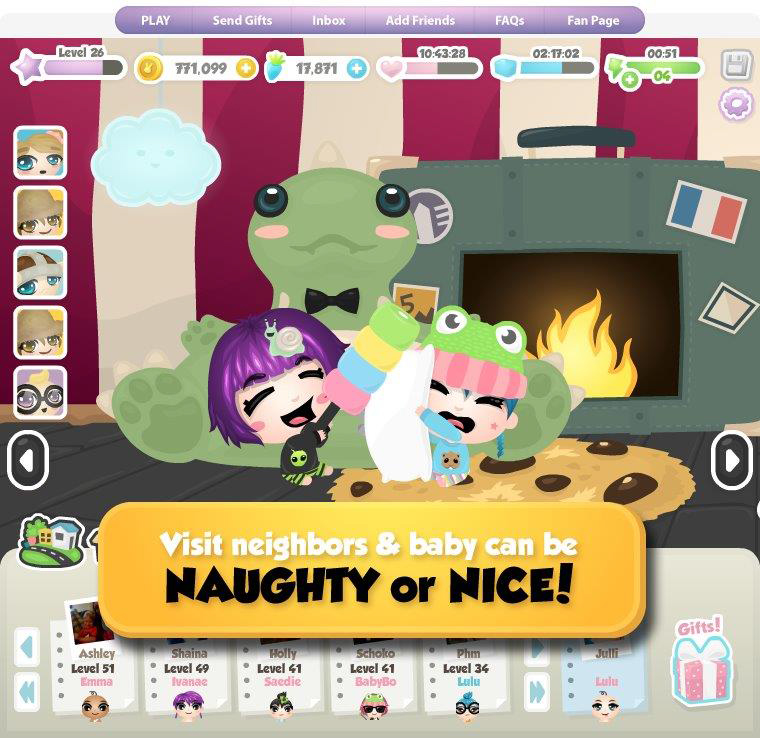